If you once traveled through the Pfaffenwinkel area, you definitely noticed the mountain with a prominent church on it, which stands out on the relatively flat surrounding landscape with its almost 1.000 meters height. What makes this mountain a popular tourist attraction and what was the vision of the Bavarian prince-elector Max III, who introduced this place at the international level?

Mount Peissenberg is 988 meters high, it inherits its name from the small locality in the Pfaffenwinkel area in Upper Bavaria, located approx. 62 km from Grainau. You can easily reach the mountain by car over Road B23 Ettal / Oberammergau in the direction of Peiting or Road B472 from Murnau. Hohenpeißenberg can be reached by train as well, but you should first take the train to Weilheim and change there. Arriving from the south, you would be impressed by the classic view of the buildings and the pilgrimage church atop the Hohen Peissenberg. As you reach the hilltop, you would clearly see why this place is a special attraction - especially if the weather is fine. 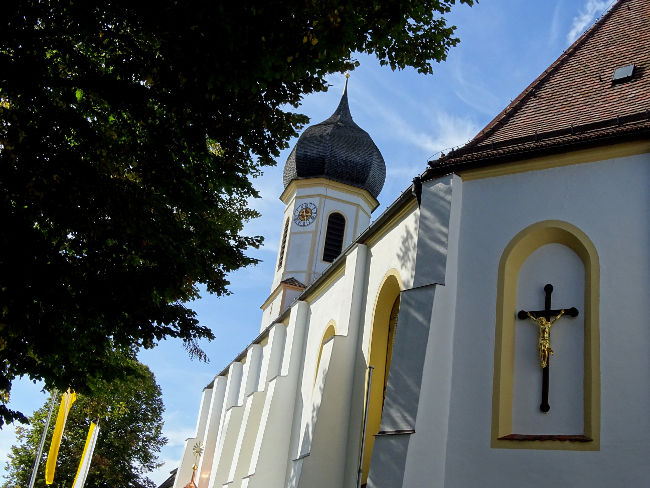 Pilgrimage Site Since 1514 Up To These Days

The fame reached the Hohen Peissenberg in 1514, after a chapel was built on the hill. The ducal guardian ordered a figure of Virgin Mary to be brought there from the castle chapel in Schongau. In no time the figure achieved a reputation of a 'miraculous image', and the pilgrimage started. Already in 1604 the first guest house was built to host the pilgrims. Early in the 17th century a second church (the pilgrimage church) was built, which led to the 'double church' of today. The annual number of visitors reached 40.000 at its peak in the 18th century. The church is still very popular nowadays, attracting tens of thousands of pilgrims. This is no wonder: with its location on the famous Way of St. James (Jakobsweg) and the barocco altar, bas-reliefs and the chapel with the best samples of rococo style, the site is really impressive and worth a visit. Beside the spiritual pilgrims, here you would meet many of those who are willing to enjoy the divine view and the beauty of Bavaria. 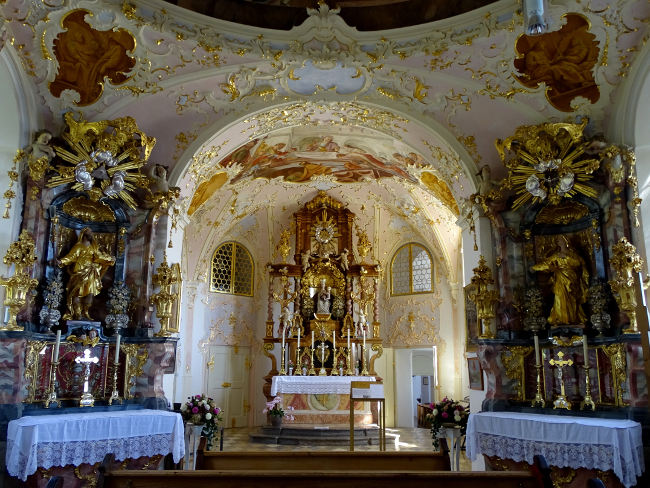 The Amazing Panorama of the Alps

There's hardly a view that is more impressive than the one from Hohen Peißenberg: the magnificent panorama covers the whole Alpine foothills. In the north the eye can see as far as the blue Lake Ammersee. In the south in fine weather you get a view from the Benediktenwand, over the Karwendel and the Wetterstein chains with the prominent Zugspitze, further to the Ammergau, Tannheimer Alps and Allgäu. What a feast for the eye! For those who love to guess on the summits, there is a detailed scheme on the info stand. So, did you recognize the Zugspitze? Such a glorious view deserves to be accompanied by a small feast at the local Gasthaus, which offers a large terrace with a tremendous view and a great choice of meals. Here you are in good company: the Bavarian prince-elector Maximilian Joseph III, who made this place internationally famous, was a guest on the Hohen Peißenberg in 1775.

In the 18th century the Bavarian prince-elector Maximilian Joseph III came to the groundbreaking idea to let the monks from Rottenbuch erect an observatory on the Hohen Peissenberg and start meteorological observations. The observations started on 1st January 1871 and have been continued till nowadays, which makes the local weather station the first and the oldest observatory in the world. Due to unbroken weather record and ozone measurements, the station has a special status globally and hosts international events for scientists on a regular basis. That is, Hohen Peissenberg is a big name in meteorology. Well done, Max Joseph III!

If you are interested to learn more on meteorology, you can visit 10 different stations along the Weather Trail (Wetterpfad), that present various aspects of weather and climate. 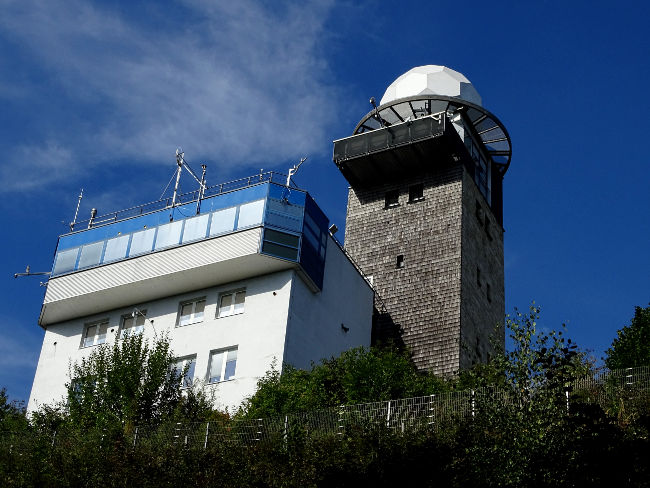 Many Ways Lead To Hohen Peissenberg

Be it spiritual or meteorological interest that drives you here, a brief stop on the Way of St. James or the König-Ludwig-Weg Trail, or just a leisure trip to enjoy the panoramic view of the Alps and dine in a great location – there are many reasons to visit Hohen Peißenberg. And when you come here, remember the words of Maximilian Joseph III, who said: "Wanderer, look down in the valley and the world opens the clouds and the mountains to your astonished eyes. Should you look up to the skies, you will see the golden stars shining."

Looking for accommodation for your tour?