Located just a few meters from the Hotel am Badersee, the tiny Lake Badersee is a real gem in the majestic crown of the Bavarian Alps, the Wetterstein chain. The lake lies idyllically in the Alpine landscape in the heart of an age-old mountain forest, just 3 kilometers from the Mount Zugspitze summit. Let us invite you on a tour of the Badersee!

Lake Badersee is the Eibsee in miniature: so clear is the emerald-green water, that you sometimes miss the line separating the water from the skies. The lake is full of trout fishes and it is home to some duck families as well. The majestic silhouette of the Zugspitze rises behind the Badersee and throws a magnificent reflection on the lake, as if you could touch the summit in the water with your finger. 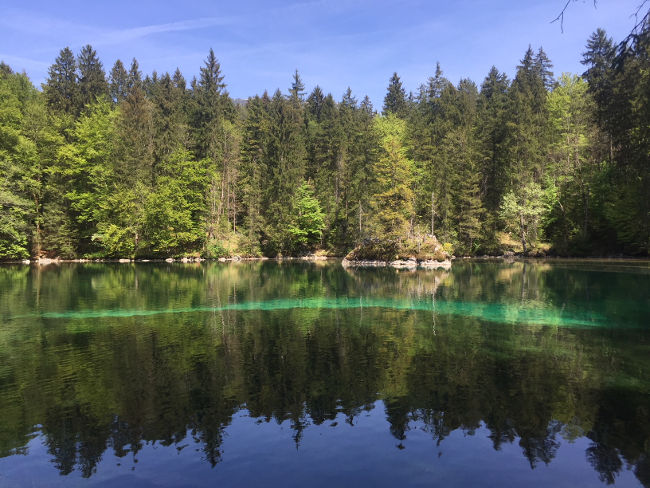 Lake Badersee has neither inflows nor outflows, it is fed by underground springs instead. This is the reason why the lake never gets frozen – even in the coldest winters. Water temperature never goes lower than +5°C. Nor is it suitable for bathing, as even on the hottest days the water never gets warmer than +11°C. The round trail encircling the lake is only 580 meters long and the deepest point is at -18 meters. The name ‚Badersee‘ comes from the initial owners of the lake, the Bader Family from Grainau, – not from the word ‚baden‘ (German ‚to bathe‘), as many believe. 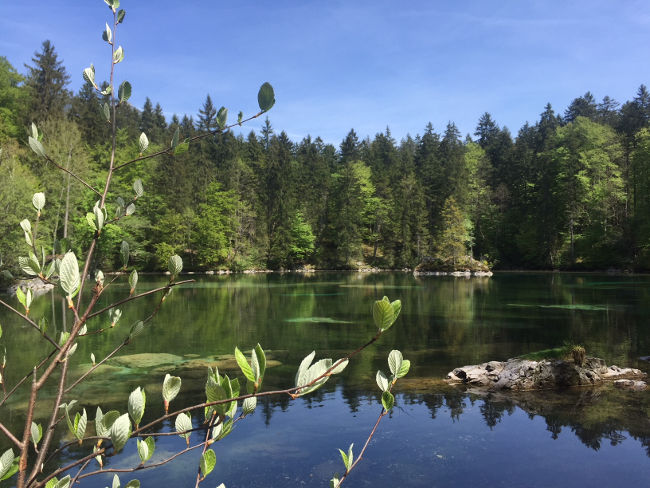 Inside the lake there is a nymph that one can marvel in the crystal-clear water if you paddle to the rock island with a row boat. According to the old legend, the Bavarian King Ludwig II ordered a figure of the mysterious dancer Lola Montez, who used to be the mistress of his grandfather King Ludwig I, to be buried in the lake. The bronze sculpture really looks similar to the existing depictions of Montez.

The lake was a popular picnic location already in the 19th century. In 1871 the chaplain of Grainau acquired Lake Badersee and decided to establish it as a leisure destination. He built a small house and a viewing platform. Many artists and poets found their way to Lake Badersee and numerous celebrations took place here. Even the Bavarian King Ludwig II visited the location together with his mother Marie, Queen of Bavaria. The king was impressed by the idyllic lake and was considering to build one of his castles at the Badersee. 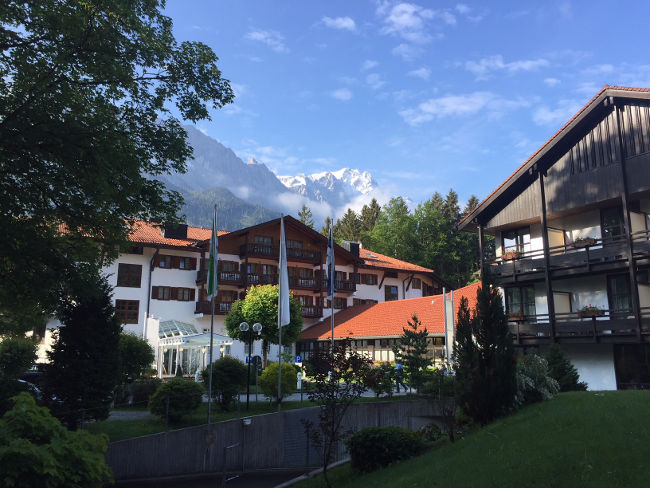 However, the king decided that a clergyman could not run a restauration, therefore in 1877 the establishment got a new owner that extended the facility. The establishment was transformed into a corporation (‚AG‘ in German) and the first hotel was built in 1894. It had several buildings, including a post house, an independent lighting system, a reading room, a playroom, and a smoking room. An omnibus and a horse cart provided a connection to Garmisch.

After the owner change in 1912, the new owner managed the old Hotel am Badersee till 1974. Then the Bavarian Association of Co-operative Banks (‚Bayerische Raiffeisenverband‘) purchased the hotel to transform it into a training centre for the banking industry. The hotel building was extended again in the course of a huge reconstruction, until it reached its current size in 1982. 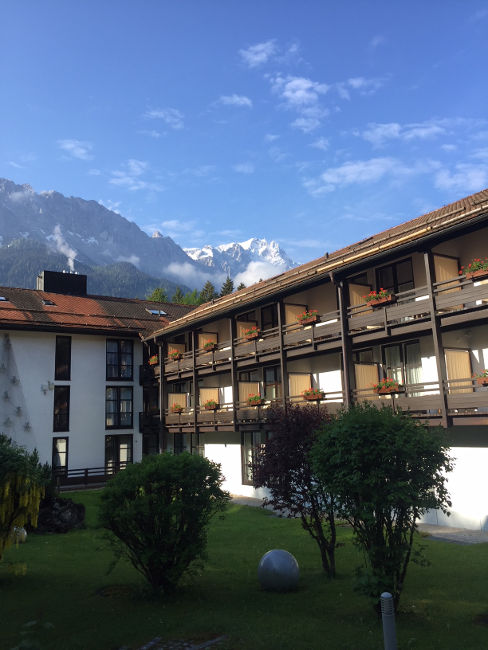 In 1996 the old Lake House (‚Seehaus‘) was destroyed and the present-day Seehaus with 52 large rooms and event spaces, as well as the Werdenfels Restaurant, was built on the same spot. The hotel was then made open to public and awarded a 4-star rating late in 2010. Next, the old Forest House (‚Waldhaus‘) was completely reconstructed and became home to the 87 modern Landhaus rooms, the conference atrium with numerous meeting spaces, the evening bar and the Landhaus Spa with its impressive sauna with a direct view of the Zugspitze and the snow grotto with real fresh snow. Germany’s highest mountain, the Zugspitze, stays in the background during your whole stay at the hotel. Dream, breath, get inspired and indulge your senses – experience the Zugspitze region with us! 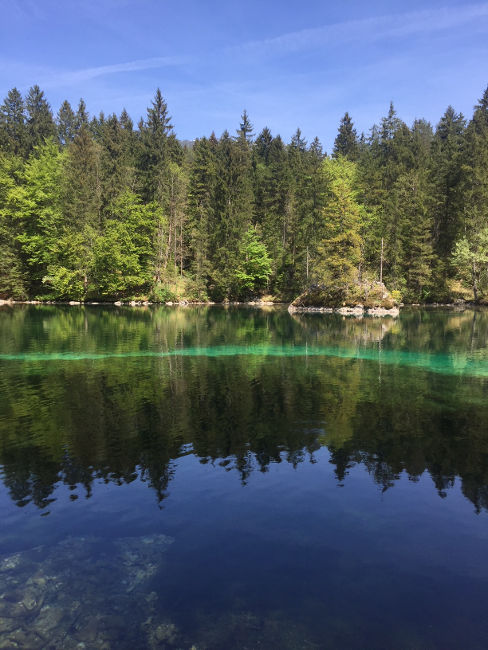 ‚Make visible what, without you, might perhaps never have been seen,‘ – said the French film director Robert Bresson. Lake Badersee is beautiful in any weather. We noticed that each of our guests makes a picture by the lake as a memory of their holiday.

We would be happy to welcome you in our house!